Every Tuesday, theScore highlights the most outlandish moments from the wacky, sometimes daft, and perennially entertaining world of football. Here’s what made us smile – or cringe – on the pitch this past week.

Everton had local kids chip in for the starting XI graphic ahead of Tuesday’s date with Newcastle in collaboration with an effort to raise awareness of the importance of positive mental health among young people.

Lovely initiative, but we’ve got a few questions. For starters, what in the heck has happened to Theo Walcott?

Everton’s matchday program for the frenzied 2-2 draw was also a source of entertainment, in particular the results of a Q&A with striker Dominic Calvert-Lewin.

Interviewer: What do you wish you knew more about?

Alas, there are some things you can never know everything about.

Lejeune and the old tale of sleeping with the fishes

On the topic of footballers with an endless wealth of knowledge, Newcastle defender Florian Lejeune has revealed some interesting thoughts. The Magpies matchday program asked him a slew of random queries, not the least of which was how he would dispose of a dead body in under 24 hours.

“I would put it in the boot of my car, drive out to sea, put it on a boat and throw it into sea with weights on it,” Lejeune admitted as his wife frantically packed the car. So that’s what happened to Newcastle flop Henri Saivet.

Rebranded club on the edge of lunacy

Club president Javi Poves changed the name of Spanish fourth-tier side UD Mostoles Balompie to Flat Earth FC in June 2019, appealing to conspirators around the globe. “Football is the most popular sport and has the most impact worldwide, so creating a club dedicated to the flat earth movement is the best way to have a constant presence in the media,” Poves said.

Presumably, Poves also considered other ideas like proving the existence of mythical cryptozoology favorites like the chupacabra or Bigfoot. Okay, hear me out, a 4-4-2 with a Hydra playing off the shoulder of a minotaur in attack. Somewhere, Burnley boss Sean Dyche is drooling at the prospect.

Sounds like a great opportunity to level the playing field. Flat Earth currently sit 13th in one of the Tercera Division’s 18 regional leagues, with 23 goals scored and 23 conceded for a perfectly round goal difference of zero.

The problem with youth sports: the adults

The coach of Spanish junior team Sant Andreu has been warned for a goal celebration and subsequent booting of the ball to delay the restart in a nine-year-olds match against Bufala de Badalona. Nine. Years. OId.

Argentine craftsman Juan Roman Riquelme was one of his generation’s best dead-ball magicians, and as such, his legacy lives on in the form of those bestowed with his name.

This year’s Copa Sao Paulo tournament boasts 11 players named after the retired 41-year-old Boca Juniors legend. Presumably none of them are byproducts of Riquelme’s horizontal efforts, and instead a nod to his footballing genius.

Heerenveen’s visit from AZ Alkmaar in Eredivisie play kicked off with chuckles when a little one re-imagined the conventional coin toss. Dare I say, the wee lad put his own spin on things.

Have a slice day at Brisbane Road

For those who think modern football has gone to shit, may we present Leyton Orient’s latest ploy: a Papa John’s pizza delivery during halftime of Saturday’s League Two visit from Newport County.

Lyon, not Paris, is considered the epicenter of French cuisine. As such, people from the capital of the Auvergne-Rhone-Alpes region take food seriously, including Lyon fans who protested during a Ligue 1 victory over Lille.

A collection of supporters were none too pleased that late chef and local gastronomical legend Paul Bocuse’s L’Auberge du Pont de Collonges restaurant had one of its three Michelin stars stripped.

“Nobody will remove a single one of your stars. From the heart of the Lyon people,” a banner at Lyon’s Groupama Stadium read, temporarily oblivious of the fact that Michelin did remove a star.

Bocuse, who passed away in Jan. 2018 aged 91, first saw his restaurant awarded three Michelin stars in 1965, a world-record run that continued until this year. L’Auberge du Pont de Collonges is co-owned by Lyon president Jean-Michel Aulas, who is said to enjoy the chicken fingers.

Neymar makes an ass of himself

It’s not easy to like Neymar. Blessed with bountiful skills but hampered by a self-absorbed ethos, the Paris Saint-Germain star is capable of a lot, including moments like this versus Reims. Spoiler alert: this improvised touch ricocheted directly to a Reims player.

And from the same match, Kylian Mbappe did this, proving that no club in Europe’s top leagues takes the piss quite like PSG …

… and that moment from Mbappe, when combined with Neymar’s derriere deflection, produces this fine piece of digital mastery.

On Sunday against runaway Premier League leaders Liverpool in the FA Cup, Jason Cummings came on at the hour mark for Shrewsbury Town, cut the Reds’ lead in half almost immediately from the spot, then leveled the score with this beauty 10 minutes later.

With the 2-2 draw, Shrewsbury earned a lucrative replay at Anfield, which should give the third-tier club a much-needed financial boost and another chance at a giant killing. Plus, the pitch invasion was rather wholesome. 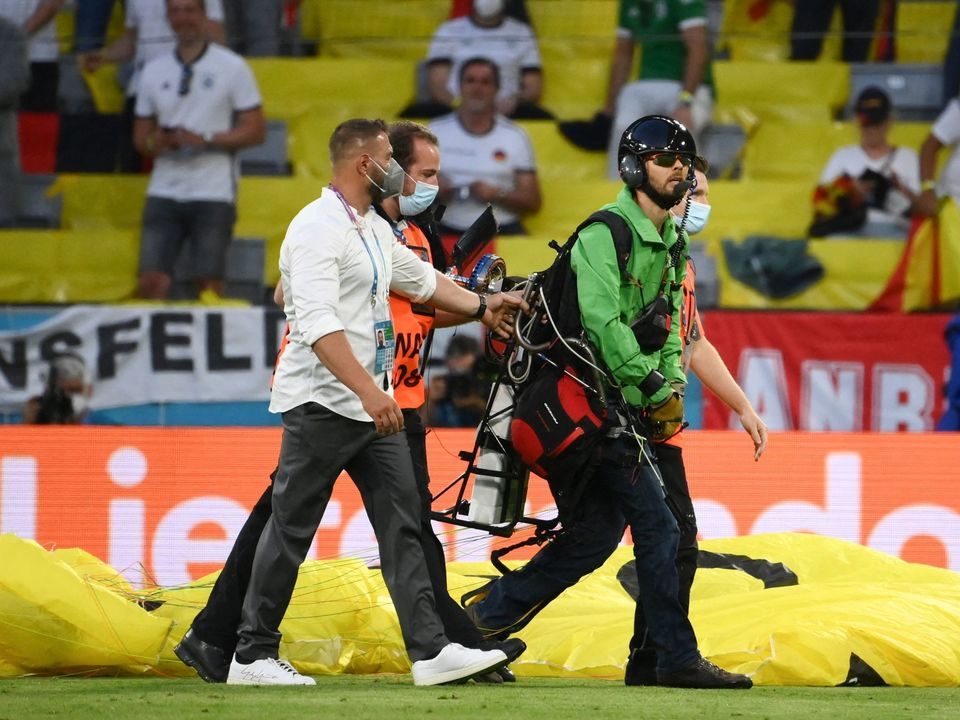 20 most memorable moments from Euro 2020