5 storylines to watch at the US Open: Will Djokovic do it again in New York?

Emotional Murray honors victims of injustice: 'They give me life'

5 storylines to watch at the US Open: Will Djokovic do it again in New York?

It’s certainly different, but Grand Slam tennis is upon us yet again. Novak Djokovic and Sofia Kenin were the victors in Melbourne when the tours last contested the game’s biggest prizes, but much has changed since then. Though Djokovic remains consistently great, the women’s field is perhaps the most unpredictable we’ve ever seen. Here are five storylines to watch at the 2020 US Open.

Can anyone stop Djokovic?

Novak Djokovic enters the US Open as the overwhelming men’s favorite for obvious reasons.

The World No. 1 has 13 more Grand Slam titles than the entire men’s field combined, and he should be doubly encouraged by the absences of Roger Federer and Rafael Nadal.

A relatively facile draw – Jan-Lennard Struff does not have the Jan-Lennard stuff – should permit Djokovic a straightforward progression to the latter stages, with John Isner and Denis Shapovalov posing the most significant threats in a semifinal run. Moreover, the 33-year-old will find the surface of Arthur Ashe Stadium more forgiving than the lightning-fast grandstand veneer used at the makeshift Western & Southern Open.

It remains to be seen how the eerily empty stands will affect a player frequently on the wrong side of partisan support. Djokovic was widely maligned for anti-vaccination comments during the early days of the coronavirus pandemic, only to contract the virus himself after hosting an ill-advised exhibition in his native Serbia in June. The usual jeers to which Djokovic is exposed would have been amplified at Flushing Meadows in light of those developments. Instead, he might find refuge in the silence, quite possibly capturing an 18th Grand Slam title in the process.

What is Osaka’s status?

Before she rightfully captured headlines by forcing the WTA and ATP to acknowledge systemic racism and police brutality in the U.S., Naomi Osaka was playing really good ball.

The 2018 US Open champion didn’t have an easy road to the final at the Western & Southern Open, but she was up for the impressive challenges leveled by Karolina Muchova, Dayana Yastremska, Anett Kontaveit, and Elise Mertens.

It was during her semifinal match against Mertens, however, that a hamstring injury visibly hobbled the 22-year-old Japanese star. Osaka managed to gut through the issue to defeat the Belgian in two sets, but her ailment denied viewers one of the most intriguing finals in some time after Osaka withdrew 90 minutes before the deciding match against Victoria Azarenka. Now, observers must ask what this means for Osaka’s chances at the Open.

“I just hope I’m giving myself, you know, the opportunity and the chance to have enough time (to recover for the US Open),” Osaka said after announcing her withdrawal.

Osaka’s work off the court to advocate for social justice is yet another impressive addition to an already sterling resume, but she’s playing well enough on the court to go deep in New York and win again. Let’s hope her body allows it.

Since clinching the Open-era record of 23 titles with her Australian Open victory in 2017, Williams has tasted defeat in four Grand Slam finals. She’s also suffered early exits in both of her tournament appearances since the five-month layoff.

Williams’ unexpected quarterfinal and third-round eliminations at the Top Seed Open and Western & Southern Open, respectively, were hardly the stuff of legend. The same can be said of the opponents to whom she lost; she suffered a defeat against world No. 116 Shelby Rogers in Nicholasville, Kentucky, before surrendering a controlling lead to No. 21 Maria Sakkari at the Western & Southern Open’s makeshift digs at Flushing Meadows.

Against Sakkari, Williams failed to serve out up 5-3 in the second frame before squandering a 4-1 advantage in the tiebreaker. She then dropped the final set 6-1. Williams’ struggles to close out matches against inferior opposition is a primary concern ahead of Tuesday’s meeting with unseeded American Kristie Ahn.

Still, few have proved as adept at overcoming extended breaks as Williams. There was her nearly yearlong spell on the sidelines due to a pulmonary embolism in her foot following a 2010 win at Wimbledon, then another comeback in 2018 after an eight-month absence following a complicated childbirth.

If experience is a determining factor in a wide-open women’s field, Williams has it in droves. It doesn’t hurt that Simona Halep, who beat Williams in the 2019 Wimbledon final, and Bianca Andreescu, who defeated Williams in last year’s US Open final, won’t be competing.

Just how fast are the courts?

The US Open changed its court surfaces for the first time in 42 years ahead of this year’s tournament, and the Laykold that is now in place is only going to get quicker as the matches accumulate.

What does this mean? The “Servebots” will be a problem. The likes of Isner, Raonic, and Reilly Opelka will be incredibly tough outs over five sets, especially when their opponents will be tasked with avoiding the repeated bombs coming their way while holding their own serve. Raonic was particularly great at the Western & Southern Open and should be considered one of the secondary favorites in the men’s field (though the members of that group sit well behind Djokovic).

“I don’t know what happened, whether they resurfaced it, repainted it in such a way that it’s at least 20, 30% quicker than last year’s,” Djokovic said of the court speed after his first-round win over Ricardas Berankis last week.

What happened was Laykold. The outer courts at the USTA Billie Jean National Tennis Center are rumored to be playing even faster than those of Arthur Ashe Stadium and Louis Armstrong Stadium. That could mean some early upsets.

Anointing Djokovic the firm favorite in the men’s field is a comfortable call, but it’s a vastly different story on the women’s side: Up to 30 women’s players could reasonably believe they’re destined for greatness over the next two weeks.

Osaka’s health and Serena’s match fitness are huge question marks. World No. 1 Ashleigh Barty will not compete in New York, nor will Halep, Andreescu, Elina Svitolina, Kiki Bertens, or Belinda Bencic. That’s six of the tour’s top 10 sitting out.

It’s hardly bold to say, “Anyone can win this,” but it’s the truth. Azarenka returning to the heights she reached before becoming a mother would be an amazing tale, and her play this week indicates she’s up for it.

Jennifer Brady, who resides in Karolina Pliskova’s half of the draw, is another name to watch. If history is any indication, Pliskova is unlikely to make a deep run in Flushing, potentially creating a gap that could be filled by Brady.

It’s still sensible to drop a fiver on Serena, but this year, expect the unexpected. 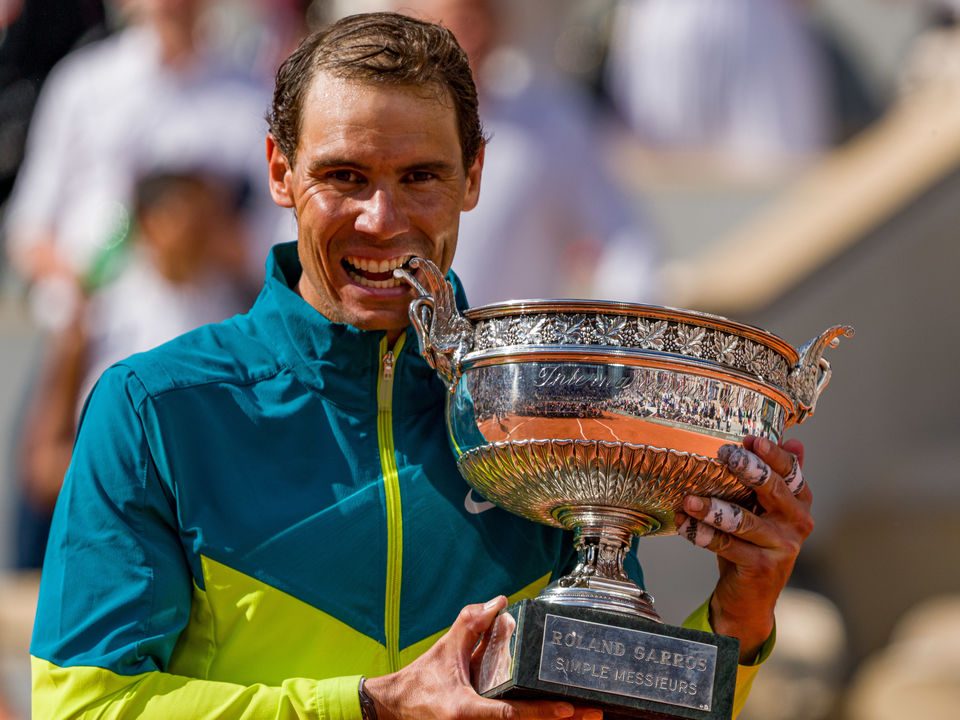